Mahoney was asked to contribute to the Festival of Britain after an initial shortlist of 145 artists was narrowed down to 60. Percy Jowett and John Rothenstein, members of the selection panel, undoubtedly would have recommended him. The exhibition was entitled Sixty paintings for 51. Works submitted were to be a minimum of 45 x 60 in. The oldest artist asked was W G Gillies (73 at the time), the youngest Lucian Freud (29). Other artists selected included John Armstrong, Edward Burra, Ivon Hitchens, L S Lowry, John Minton, William Scott, Keith Vaughan, Carel Weight and Rodrigo Moynihan (who produced his celebrated portrait group, see ill. ..). Barnett Freedman and Edward Bawden, both also invited, declined. Figurative works accounted for approximately half of the contributions submitted and many, like Mahoney's, were firmly rooted in the British tradition of landscape painting.  A full account of the exhibition is given in 25 from 51, 25 Paintings from the Festival of Britain 1951, Sheffield City Art Galleries, 1978

The setting of Mahoney's Garden,seen through a red brick arch, was almost definitely inspired by  the gardens at  Sissinghurst where many such vistas can be found.   Mahoney visited Sissinghurst many times.

Mahoney was particularly fond of the giant sunflower, Helianthus annuus, capable of outgrowing a man within a season. He made many colour and black and white studies of this species, capturing the convoluted energy of their rough stems and massive heads, and the ragged angles of their great leaves.

Charlie had a glass eye but I thought that on the whole it improved his appearance, giving an interesting and piratical look to a face that as nature intended it, might have belonged to a Sunday School superintendent or a postman' p. 100-101

Charlie Mahoney with Geoffrey Rhoades stayed for a long time and helped Edward with the garden.  During the winter the four men had cleared the yard which was feet deep in years of rubbish.  They unearthed all kinds of relics from the trade of past owners; it had been a girl's school and a saddler's and coffin maker's and there were pieces of coffin and piles of old harness which they burned in a huge pit which they had dug in the garden.   Geoffrey Rhoades made a painting of the others working in the snow, Eric wearing a black and white striped football jersey..... In the Spring Mahoney supervised the digging and planting of the garden, insisting on two spits deep, and Edward with his usual thoroughness bought lavishly the best of everything interesting or unusual in the seed catalogue so that when we came back from Morecambe the garden was already quite changed.... p 133

'The next year Edward planted numerous sunflowers.  There was a row along the wall by the lavatory and half way up the garden, the cream of the collection, a monstrous double sunflower grew to huge maturity.  So large and so splendid was it that looking up to its vast centre I felt that I should never be satisfied with any future sunflower I might grow, this was the limit.

Such a large crop needs strong sticks to support it and what with the number of earwigs they contained and the unfriendly height they grew to, we felt that perhaps we had rather over-done it.  Charlie Mahoney made drawings from the top of the ladder, one rather resented his continual presence outside the lavatory. p. 134

We are grateful to Simon Lawrence for assistance. 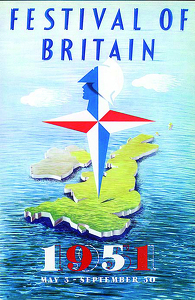